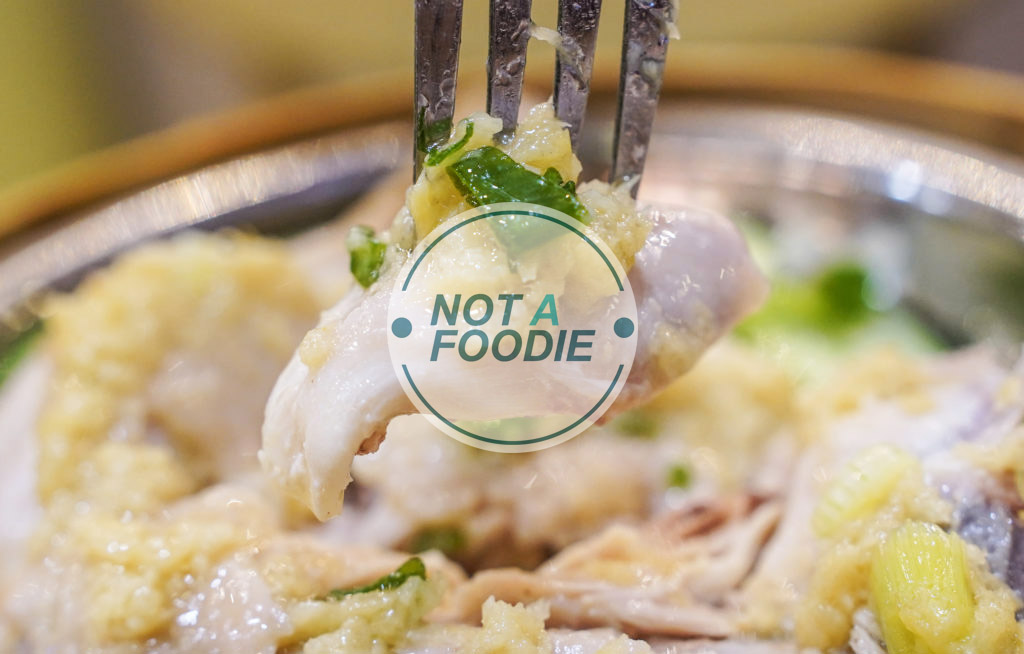 The name ’13 Stages’ doesn’t quite strike me as a place for food, so although I’ve been to Tanjong Pagar Centre many times for my meals, I’ve somehow overlooked this place?!

The menu really covers anything you can think of. You want to eat rice, they have rice. You want to eat noodles, they have noodles. You want to eat porridge, they also have porridge. Asian snacks like chee cheong fun? There you go! Oh, you want a Western snack instead? How about some quesadillas with an Asian twist? They recently even got vegans and vegetarians covered by offering a salad! This is such an all-inclusive place to dine at!

13 Stages is opened by well-known celebrity, Mark Lee. Their specialty is 7 different flavours of steamed chicken leg served in bamboo steamers and 13 different types of coffee that representative of 13 different states of Malaysia.

The first time I was here, I didn’t even realise there was coffee (or even that the coffee here was one of the highlights) because the large menu board behind the cashier grabbed my full attention! All 7 flavours of the steamed chicken looked so promising and I was having a hard time to decide on ordering THE ONE!

I decided to order The Imperial Chicken Rice because I was a big fan of Soup Restaurant’s Samsui Chicken and I was beyond excited that for only $8.90, I can eat something that hopefully tastes reminiscent of the much more expensive counterpart?

IT DID NO DISAPPOINT!

Every aspect of it was well done – the rice was fragrant, fluffy and not too oily; the chicken meat came off the bone easily and the concoction of ginger, garlic and sesame oil steamed together with the chicken made such a fragrant and addictive sauce for eating with rice!!!

I soon came back a second time with another friend and decided to try out the Mala Chicken since Mala was all the rage in Singapore currently. I’m actually not a fan of Mala-anything but I thought that this flavour may be one of the bestsellers.

It was only after we had placed our orders that the manager, Peter, came out from the kitchen and chatted with us.

I’ve learned that besides being passionate and innovative about his shop’s food, Peter is also very candid and honest.

When he found out that we had ordered the Mala Chicken Rice set, he immediately said matter-of-factly, “Oh! That’s not our best item. In fact, it’s at the bottom rank of our Chicken Rice sets.”

The first time when I had come with my friend, Peter had also commented that the Chee Cheong Fun my friend was eating is not nice (and indeed, it was really not nice) and that he wanted to take it off from the menu.

The above incident made me take Peter’s words very seriously.

However, luckily for us, the Mala Chicken was not as bad as what Peter had reckoned! To Mala fans, they may well be disappointed that the Mala Chicken is not as spicy as they would like it to be (in fact, it is very, very mild in spiciness); however, the Mala chilli sauce went surprisingly pretty well with the steamed chicken! My friend and I both wiped our Chicken Rice Sets clean.

My friend had also decided to be adventurous and ordered the wrap version of the Imperial Chicken. It was a East-meets-West fusion dish and while edible, it was not really something we would both order again because we really can’t figure what the dish wanted to be. It was a dish with serious identity crisis but if you are an adventurous kind of foodie, this dish may be right up your alley!

We had more time to chat with Peter during this visit and he told us a little bit more about 13 Stages. He introduced to us the 13 different types of coffee and told us that his personal favourites are the Pahang and the Perak ones because they were stronger in taste. My friend and I ordered the Pahang coffee just to try.

I don’t drink coffee. I don’t know how to appreciate it and all I can tell you is that Pahang coffee is sweet and nice. My friend also agreed that it was a nice cup of coffee. I’m not a foodie (my friend isn’t one either). This is perhaps the 2nd time in my life that I have drunk a cup of coffee, so I cannot speak like a coffee expert and describe it using coffee technical terms. It is a nice cup of coffee though. Both my friend and I finished it. Maybe I should bring another coffee lover along the next time for a fairer verdict!

My conclusion is that 13 Stages does an excellent job with their Steamed Chicken Rice sets but their other side dishes just really fall short of expectations. I returned shortly with another friend to try 2 other styles of steamed chicken recommended by Peter and my friend liked it too (he had the Sesame Chicken while I had the Danggui Chicken).

The variety in their menu is huge; from salads to porridge, there really is something for everyone.

Peter proudly tells us that he is always observing his customers’ preferences and switching up the menu items from time to time. I believe him because it was less than a month before I visited the second time, and indeed, they have introduced a salad for the vegetarians (non-vegetarians may also top up money to add chicken if they want to).

13 Stages has kampung chickens from Malaysia freshly delivered to their shop daily and steamed only upon order. They sell about 120 steamers of Imperial Ginger Chicken every day. Because they don’t keep leftover food, they do careful stock control, so don’t be surprised to have some of the flavours sold out when you visit later in the evenings! Having that said, though, Peter said that the waiting times during lunch hour is about 30 mins long, so if it’s possible, the best time to visit is after lunch hour!

Mark Lee may be the celebrity behind 13 Stages, but the star of the shop is definitely Peter for observing and responding to their customers’ preferences! If you work in the CBD area and have not tried 13 Stages yet, I would recommend you to drop by soon to have a value-for-money meal! Portions are big and satisfying!

Opening hours: 10am to 9pm everyday